As the challenge was run as a freestyle competition brewers were not restricted to any of the regular beer style guidelines and were free to express their creativity in any way they wished. The result was a keenly fought competition across beer styles and ‘out-of-beer-styles”.

Professional and public judging took place on the 17th July. During the morning the competing brewers with the help of a handful of independent judges met to select the top 5 entries, then in the afternoon a public tasting was held for those chosen top five with the winner selected by popular vote.

“We were excited to be part of this creative new competition concept and delighted to have taken out first place amongst such tough competition” said founder and head brewer Clive Tan.

There was also a prize for the most creative brew which went to 36 Brewlab’s Greg Brown for “Violet No-Regard”, a Cherry Beer take on Willy Wonkas’ 3-Course Dinner Gum coloured purple with butterfly pea. The beer promised to take the drinker “through a veritable flavour feast of predominantly El Dorado juicy goodness balanced with Motueka and Simcoe for the finishing courses … with bright tropical fruit flavours, lemon lime candy sweetness and aromas of pear, watermelon, parma violets and stone fruit.”

“With such a creative and talented brewing community in Singapore, we were humbled to win the award. The vibrant, rich ‘makan’ (eating) culture here inspires us all to explore the boundaries of what’s possible with creative, curious brewing” said head brewer Greg brown. 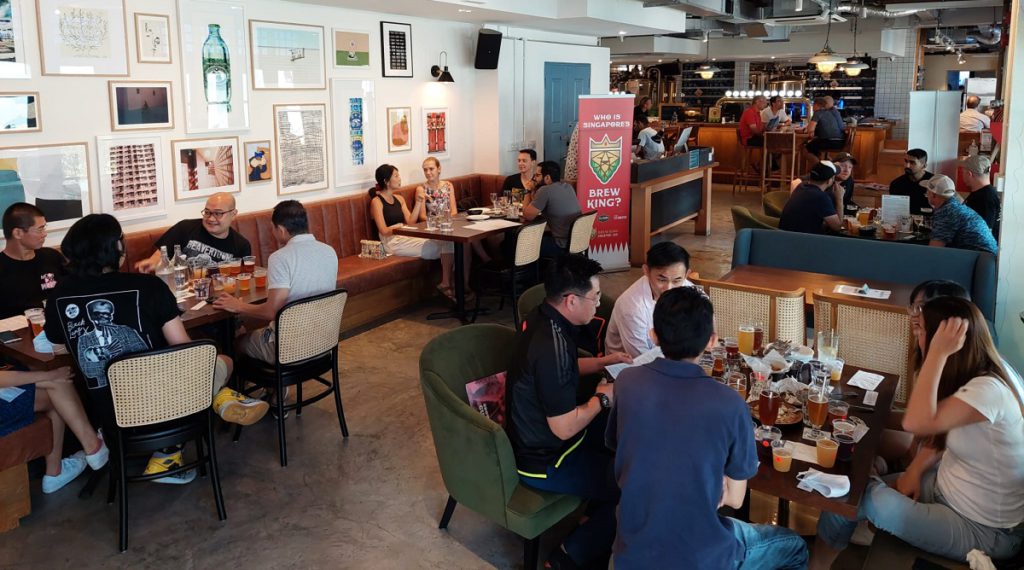 The Brew King freestyle beer competition is a community initiative from the Asia Brewers Network and will be repeated yearly with different brewers briefs each time it’s held.