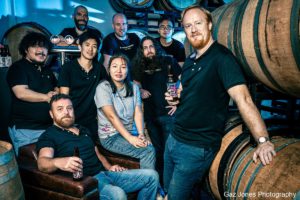 Hong Kong’s Yardley Brothers Craft Brewery have officially launched their barrel-aging program, the largest one currently running in the territory.

Viewed by co-founder Luke Yardley as a landmark moment in the craft brewery’s journey, he sees it as another step along the path to bringing the most innovative beer to the Asian market while pushing the region’s craft scene forward.

“The barrel-aging program is a passion project of mine and the next evolution of Yardley Brothers since our humble beginning in 2016,” said be brewery co-founder and head brewer.

To mark the start of the program, a new barrel-aged sour ale series aptly named ‘BUGS!’ for its use of souring bacteria – such as Lactobacillus, Pediococcus, and Brettanomyces – was developed by the Yardley Brothers brewing team.

“Our creative team has had a lot of fun with BUGS!” says Yardley, “an idea we had to craft a series of specialty beers while also telling the story of the various wild yeasts and bacteria (bugs) used in the souring process to achieve the best, most exciting beer possible. It is a great tasting beer and somewhat of a conversation starter.”

Inside ‘the barrel room,’ Yardley Brothers has amassed a broad selection of over 65 barrels from around the world, from French chardonnay to Canadian maple syrup and everything in between. 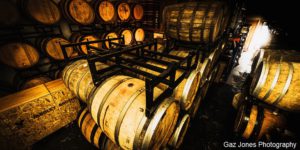 The Yardley Brothers Craft Brewery barrel aging room has 65 barrels and is currently one of the largest in the region.

The first beer in the BUGS! series is a modern twist on the classic whiskey sour cocktail. Donning a striking green bug on uniquely shaped bottles reserved exclusively for Yardley Brothers’ barrel-aged beers, Bourbon Marmalade Wheat Sour (ABV 7%) was aged in a Jim Beam bourbon whiskey barrel for eight months with citrus peel added to give the brew a memorable sensory experience.

Aromas of bourbon and flavours of caramel, toffee, and brown sugar as well as notes of vanilla from the wood are complemented beautifully with a tangy zest from the citrus peel. Only 1,000 bottles of this 2020 vintage exist.