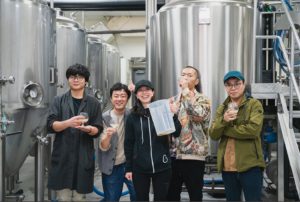 The 嗨口味皮爾森 (Hi Taste Pilsner) was launched on June 9th in retail stores around Taiwan.

Unfortunately, a proposed concert tour by the well-known indie rockers to promote the beer was cancelled due to a recent surge of COVID-19 cases.

According to Taihu, Sorry Youth chose a Pilsener due to the style’s suitability of pairing well with Taiwanese stir-fried cuisine – a favourite for the band. 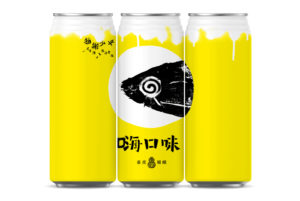 The collaboration’s depth is reflected in the can design. Chinese alternative music expert Nathanel Amar pointed out that the can’s design is based on Sorry Youth’s first album, which featured a milkfish – Taiwanese staple food and symbol used by the band to emphasise their origins – though with drunken eyes.

Unlike many other collaboration beers destined for specialist craft beer retailers and taprooms, the Hi Taste Pilsner has launched in supermarkets and convenience stores in Taiwan including Carrefour and Jason’s.