The move takes Heineken’s stake in India’s largest brewer from 46.5% to 61.5%, according to an official announcement.

The Competition Commission of India had earlier given a green light on the deal, which sees Heineken doubling down on the Indian beer market and likely enthused by the growth prospects for Kingfisher and UBL’s broader range of domestic and international brands.

Curiously, the shares sold to Heineken had been seized from former owner Vijay Mallya  by a consortium of banks led by the State Bank of India.

Mr Mallya had fled to the UK five years ago after the collapse of Kingfisher Airlines and remains under intense scrutiny from Indian authorities and banks to repay defaulted loans, with an ongoing legal saga around his extradition.

Besides the controversy surrounding the former Mr Mallya, United Breweries is best known globally for its range of Kingfisher beers, which they claim is the most popular brand of beer in India.

Despite the challenges the beer industry in India faced due to the severity of COVID-19 infections around the country, the brewery had remained active and aggressive both locally and internationally over the past 12 months – a factor that likely enhanced its share price value. 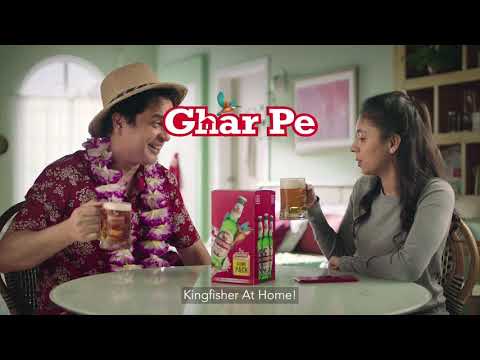 The brewery, which has an established global footprint with Kingfisher, also recently launched a foray into several African markets including Kenya, Tanzania, and Seychelles.

UBL had been proactive in driving at-home consumption campaigns for their brands.

Kingfisher launched ‘Ghar Pe Kingfisher’ (‘Kingfisher At Home’) campaign to encourage home consumption across digital, television and other advertising touchpoints, in addition to sponsoring virtual music festivals and other events.

Beyond investing in the strength of UBL’s brand and sales strategies, Heineken clearly is banking on a rising tide of young, increasingly affluent drinkers in India to drive bottom-line revenue growth in the coming decades.