The world beer market recovered slightly in the second year of the coronavirus pandemic: The combined output of the world’s 40 largest brewers in 2021 rose by about 80 million hectoliters to nearly 1.7 billion hectoliters, representing an increase of just below five percent and bringing their total market share to 91.4 percent.

This is one of the facts contained in the “Top 40 Breweries” rankings published in the BarthHaas Report 2021/2022.

The high proportion of brewing groups leading the rankings is particularly noteworthy: The top
four – AB InBev, Heineken, Carlsberg and China Res. Snow Breweries – alone accounted for a good 61 percent of the beer output of the top 40 breweries.

AB InBev went clear at the top of the table with an output of nearly 582 million hectoliters (34 percent).

2021 produced winners and losers among the different brewing nations. Many Western European
countries were still laboring under the COVID-related restrictions. Nearly all the breweries in the
beer stronghold of Germany, for example, had to swallow losses of output. For countries in most
of the other regions around the world, however, the situation eased somewhat, with beer sales
rising in many places.

Heineken, for example, acquired a majority shareholding in United Breweries in India and gained
control of Namibia Breweries by taking over the Distell Group. Kirin/Lion acquired Bell’s Brewing, a pioneer in the American craft segment, and consolidated its position as the leader in this market segment by merging it with New Belgium Brewing, which was already owned by the group.

There were signs of further market shifts in the first quarter of 2022: In March, Heineken and
Carlsberg both announced that they were withdrawing from the Russian market following Russia’s invasion of Ukraine. For the same reason, AB InBev announced in April that it was selling its share in a joint venture with the Turkish brewery Anadolu Efes which operates in Russia. 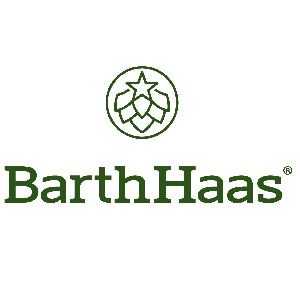 Barth Haas Group is a leading global supplier of hop products and all the services that go with them for 225 years.