Exports from Coopers Brewery’s malting plant at Regency Park have doubled in the past 12 months despite the impact COVID-19 is having on the brewing sector world-wide.

Coopers is now sending about 35,000 tonnes of malt a year from its maltings, mainly to food producers and brewers in South Korea, Thailand and Singapore with smaller quantities being sold to brewers and distillers across Northern and Southeast Asia.

“In January we exported about 3700 tonnes, which is our best month for exports on record.”

Dr Stewart said that sales to some overseas brewers had been patchy in recent weeks, but this had not had a significant impact on overall export quantities.

“Because a good proportion of our exports are going into the food trade, we are not meaningfully impacted by any slowdown experienced by brewers,” he said.

Dr Stewart said exports of 35,000 tonnes a year represented more than half of the Coopers maltings capacity.

Coopers uses about 15,000 tonnes a year in its beer production, DIY beer concentrates and malt extract production with smaller volumes sold to other Australian brewers and food producers.

“One of our key selling points for overseas customers is the quality of the malt we produce, which is a result of high quality barley sourced from South Australian farmers and our state-of-the-art equipment,” he said.

“However our plant is also flexible enough to allow us to produce single origin malts which are increasingly popular among Australian craft brewers and distillers.

“The profile achieved by being named joint Maltster of the Year 2019 at the World Barley, Malt and Beer Conference in Warsaw last year certainly helped raised our profile, especially in the Asia Pacific region.”

Dr Stewart said early indications were that this year’s barley crop in South Australia would be excellent, which would help maintain the quality of the malt that was produced. 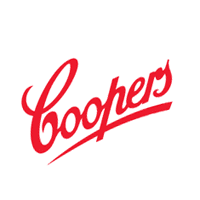 Our malt is carefully crafted to enhance the aroma, colour and most importantly the flavour Coopers beer is famous for.