Located in the Putian Hanjiang Budweiser InBev Food Industrial Park, the delivered craft beer factory is Budweiser’s largest craft brewery in the Asia-Pacific region and the first craft brewery in Fujian Province. The factory covers about 7,450 sq. m., and includes the craft brewing factory, offices, laboratory and a tourist corridor with an area to learn about the brewery process. The factory has the capacity to produce 10,000 tons per year of ultra-high quality craft beer. CIMC Liquid Process Technology equipped the factory with saccharification equipment for raw material processing, brewing and beer processing. In addition to producing the world-renowned first-line mature craft beer brands such as Goose Island and Boxing Cat, the brewery will also serve as the production base of “059 Shoreline Brewing Commune”, a local craft brand with Fujian cultural characteristics created by Budweiser Brewing Group. Compared with traditional industrial beer, craft beer is fresher and has a more mellow taste. It also has higher wort concentration and more cultural and social attributes. Craft beer has become increasingly popular over the past few years, especially among young consumers. According to the Taobao Tmall’s White Paper on the Trend of Liquor Industry in 2022, craft beer consumption increased by 39% as the number of consumers increased by 50% from 2019 to 2021. Craft beer has also become a major driver for the future growth of the beer industry. It is estimated that by 2025, the consumption of craft beer in China will reach 2.6 billion liters as the penetration rate increases from the current 2.2% to 6.7%. The retail market size of craft beer is expected to reach RMB104 billion with a compound annual growth rate of 26% by 2025.

The craft beer project with the high-standards based on innovative modern designs. The project upgraded the old traditional single factory area to a new highland multi-functional complex industrial park with a green, open layout of urban gardens. Additionally, the project’s standardized assembly building and factory production facility integrated the stylish design with a high-tech information management system that is able to save energy while also being environmentally friendly to maximize the factory’s full value.

Mr. Ko Brink, Deputy General Manager of CIMC Enric and General Manager of CIMC Liquid Process Technology, said, “Producing high-end and trendy beer is a major requirement for being competitive in the beer market. Additionally, with high-end differentiated categories such as craft beer rapidly growing, opportunities in the industry are also growing for the Company. Moreover, as the liquor industry undergoes a comprehensive transformation to become greener and environmentally friendly, The Company is excited to provide clients inspiring new designs and technology that help them achieve ‘carbon neutrality’.”

Founded in 2004, CIMC Enric Holdings Limited has been listed on the Stock Exchange of Hong Kong since 2005. The Company is affiliated to China International Marine Container (Group) Ltd. (“CIMC”) and is principally engaged in transportation, storage and processing equipment that is widely used for the clean energy, chemical and environmental and liquid food industries. CIMC Enric has been a leading integrated service provider and key equipment manufacturer in the industry. The Company is among the world’s top players in both production and sales of ISO liquid tanks as well as high-pressure gas storage and transport vehicles. It is among China’s top players in the market of cryogenic transport vehicles and cryogenic storage tanks and one of the top three in terms of domestic market shares for large storage tanks for LNG receiving stations, modular products for LNG refueling stations. CIMC Enric has built a global marketing network and owns over 20 subsidiaries located in China, the Netherlands, Germany, Belgium, United Kingdom and Canada that operate production bases and internationally advanced R&D centers. For more information, please visit www.enricgroup.com. 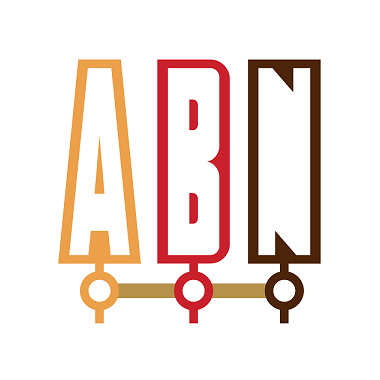