In his first act in the role, he features in the Heineken-owned brand’s ‘Year of Your Tiger’ campaign.

The campaign’s first television commercial celebrates the upcoming lunar new year, which is both the year of the Tiger in the Zodiac calendar and the Singaporean beer brand’s 90th anniversary.

The commercial, developed by advertising agency Publicis and production house the Sweet Shop, has already launched in Asia Pacific and Brazil and will be rolled out globally.

The campaign is part of a concerted effort Tiger’s marketing and branding team is making to reassert the brand’s ‘Uncaged’ creative platform globally, with a focus on targeting drinkers in Asia with more relevant content and influencers.

YouTube analytics to date show that Tiger has invested media budgets strongly in South Korea, leveraging Mr Son’s fame in his home country. At the time of publishing are nearly one million views of content related to Mr Son’s new role on Tiger’s YouTube channel.

Besides the launch of their global brand campaign, Tiger recently collaborated with Singaporean distillery Brass Lion to launch a beer cocktail, Crystal Roar. 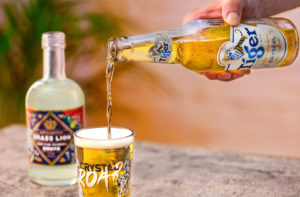