Anhauser-Busch InBev (AB In Bev) have announced that they will be launching their Budweiser brand in Nepal.

The move will strengthen the brand’s presence in South Asia and recognises the evolving consumer preferences in Nepal around premium beer.

The world’s largest brewery first made inroads in the Nepalese market last year with the introduction of Fosters in a partnership with local brewery Raj Brewery Pvt. Ltd, a member of the Jawalakhel Group of Industries. 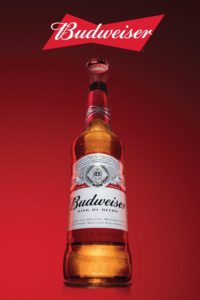 Raj Brewery have also been selected to brew Budweiser.

On the Budweiser launch Kartikeya Sharma, President – India & SE Asia for AB InBev said they were thrilled to bring the ‘King of Beers’ to the Himalayan republic “As a leading brewer, we are committed to constantly introduce top quality products to address the ever-evolving beer preferences of today’s consumers.” He continued “Our partnership with Raj Brewery, a pioneer when it comes to brewing in Nepal, is a testament to our strong commitment to elevate the beer category in the country.”

The move follows hot on the heels of it’s merger with SAB Beer in Vietnam and its involvement in an anti-competition case in India.

AB InBev, which is headquartered in Leuven, Belgium, is the world’s leading brewer with over 600 years of brewing heritage. The company has a strong footing in nearly 50 countries with a diverse repertoire of over 500 iconic brands including Stella Artois, Bud Light, Harbin, Corona Extra, Hoegaarden among others.

The Jawalakhel Group of Industries has been at the forefront of innovation and setting a new benchmark of excellence in manufacturing brands in their state-of-the-art brewery in Bhairahawa that resonate with the evolving drinking culture in the country. The brewery has been producing Germany’s iconic brand Warsteiner which has grown in popularity in Nepal since it’s launch in 2018.

Kirin Doubles Down On Bira Investment