Our five-part series “Brewing Brilliant Beer” focuses on providing brewers with structures and tips to navigate the fundamental areas where the collective effect of multiple small decisions has a significant impact on beer quality.

As brewers, we are all in pursuit of perfection within our craft, striving every day to make beers that deliver joy and satisfaction to our customers’ tastebuds, beers that make people happy. The overarching processes involved in brewing are relatively straightforward, and arguably anyone can quickly be taught these main steps and comprehend them well enough to make serviceable beer.

It is when we look beyond the simplicity that we find the plethora of minute, delicate and intricate decisions, where the combined effect is the true determinant of the final quality of the beer. This is where the brewer’s mind forever lives: thinking, tweaking and reviewing the decisions they have made and the effect they have had on the final beer.

Part 1 – Before The Brew, Get Your Recipe Right

To begin, we step back before the brew day, to the recipe design itself.

The world of ingredients is vast and the innovation of styles rapid, making for an almost infinite combination of possibilities. Composing a recipe begins by imagining what the final beer will be, either modelled to a style, or perhaps more appropriately, in respect to appearance, aroma and flavour.

This will lead the brewer to settle on key parameters such as body, alcohol, bitterness and colour, before finally selecting the ingredients and process parameters that will make the vision come to fruition.

There are commercial realities that must be considered in conjunction with the design process. There are, of course, limitations in designing a beer that very few people will want to drink. Decisions made in the design phase can positively or negatively impact the likelihood of a beer to sell, and in turn, the value of the beer design itself to the business.

Trends and hype, for example, are unavoidable and due consideration to follow them is always warranted given the likely boost to potential sales. Increased production costs resulting from high hopping rates or increased alcohol content must be carefully considered to ensure they can support the inevitable higher sale price.

Behind the Style – Targeting Aromatics and Flavour

The world of styles has become blurred; even a look at the humble pale ale can leave a brewer confused about what precisely they are trying to replicate.

Recent trends have brought significant overlap into the style guidelines. Does the use of Australian Galaxy make a pale ale ‘New World’ or ‘International’? Does opacity make it a ‘Hazy’, ‘New England’ or ‘Juicy’, or is it just a good pale ale with some residual chill-haze and yeast? The primary value in even electing a style is its ability to communicate to the consumer what to expect from the beer, thus improving confidence for them to make a purchase knowing the beer will align with their own taste preferences.

It is possible to address this first step in brewing by concentrating instead on desired aromatics and flavours, thus allowing the style to evolve rather than dominate choices. This method opens innovation pathways as combinations yet to be trialled manifest more easily.

The four key ingredients in beer all have distinct ability to influence aroma and flavour, both positively as well as to the beer’s detriment.

Determining the target specifications is a relatively straightforward requirement, as brewers have a good grasp of the effect they each have on flavour profiles. Of greatest importance is maintaining a balanced output between them all.

Alcohol, residual sugar, bitterness, residual yeast and carbonation will all affect the perception of the others. Keeping these key stats in harmony is directly proportionate to the resulting drinkability for the consumer.

If you are unsure, focus on the one or two details you judge most critical to the beer you are designing, for example, moderate to high alcohol and a high bitterness for an IPA. Then research suggested targets for the remaining parameters that will complement and bring balance.

Ingredients – Quality at the Core

The best food and beverage producers in the world preach a philosophy that quality ingredients drive quality produce, with beer a prime illustration of the fact.

Controlling cost of goods is a factor to consider, but the raw material outlay is only a fraction of the expenditure to be considered. The cost of a failed or recalled batch will quickly offset any
savings made by cutting corners with ingredient quality.

Take care to evaluate what each ingredient is bringing to your beer, ensuring each one has a role to play.

Determining your grist bill can be either simple (for example 100% base malt) or quite detailed and tailored, pending the beer you are hoping to make. Malt is arguably the most tangible tool available to the brewer to manipulate the aroma, flavour and body, in that the influence different specialty malts have is well researched and documented.

The make-up of your grist will also influence colour, foam, clarity and more, so there is plenty to consider.

Approach construction of your malt bill by focusing on two key concepts: a commitment to using high-quality ingredients, as well as ensuring every grain selected has a distinct role to play in the beer.

Australia, for instance, has an abundance of excellent malting grade barley, and the likes of Barrett Burston Malting are trusted by the country’s best brewers and distributed by numerous suppliers across the region.

Weyermann® in Germany or Simpsons™ from the UK are renowned for good reason; their malt makes fantastic beer.

Specialty malt should be treated as such: selected for a specific purpose in your recipe. Consider what you will use for colour and how to add body or richness. Do you need to enhance the production of foam, or extend its cling? Over complex malt bills make for disjointed beer and are hard to balance, so subtlety is another important factor to maintain.

Keep in mind
– Your choice of malts can be used to influence aroma, flavour, colour, body and foam
– A quality base malt is essential, even in heavy-hopped or yeast-focussed styles. Malt is the backbone!
– Adjunct use is now very common with malted and rolled oats, along with all variants of wheat leading the boom

The current hero ingredient in craft markets across the world, a multitude of resources exist to educate brewers on everything hop related.

Despite the abundance of information, there still exists a romance and mystery on hopping techniques, with dry hopping methods varied from brewery to brewery, and more recently, to cooler temperature whirlpool hopping and increasingly, the removal of hot side hops altogether.

When creating a hopping profile for a beer, there are three focus points to consider: what flavour and aromatics do you want, which combinations of hops can deliver this, and how do these hops best provide the flavours you desire.

The aromatics of hop cultivars are well published, but often tainted with marketing and hype. Instead, look to beers that list the hops they have added and make your own notes. It’s more informative and you get to have a beer as well!

When electing how to use the hop varieties chosen, collect information on how they perform hot side versus cold, early versus0 late whirlpool, warm versus cold dry hopping, and the biotransformation properties with different yeasts.

Keep in mind
– Cascade is not always Cascade, meaning cheap hops are often cheap for a reason
– Bitterness utilisations are heavily dependant on kit, so brew a single early hop beer and get it tested to calibrate your brewhouses efficiency at isomerising alpha acids
– Oil content moves significantly from batch to batch, so dry hopping fixed weights will result in inconsistent aromatics
– Try to brew in full bag weights, vacuum pack your own smaller sizes, or use blended options to give you a broad-spectrum base without opening multiple packets

Brewers work meticulously on recipe and process, only to hand the wort over to another organism at the start of fermentation. Yeast selection in beer design is unique, as its influence extends well beyond the brew day.

Aromatics and flavour are the primary drivers for deciding which strain (or strains!) to pitch, however, there are numerous overlaps and multiple strains can deliver the same profiles. Delving deeper into parameters like attenuation, flocculation, alcohol tolerance, pH tolerance, kinetics and more will assist brewers to make a final choice.

To complicate the decision, the same strain can be driven down different fermentation paths via manipulations of fermentation parameters, such as temperature, osmotic pressure, pitching rates and oxygenation levels.

This all makes for a difficult decision and a lot of information to navigate, and given the complex nature of fermentation, it’s best to source directly from the experts where possible. Fermentis by Lesaffre, for example, have a fantastic app available with recipe tools, presentations and interviewers with their research and development teams.

Keep in mind
– The performance of yeast is heavily dependent on its health, so much so that we will be focusing a later chapter of this series on getting this nutrition right
– Co-inoculation of strains is a great way to innovate, although incredibly difficult to accurately predict!
– Pay attention to the variants of your selected strains. Diastaticus yeasts, for example, can introduce quality issues if cleaning practices aren’t of the highest standard

Putting it all together

It is clear there are countless considerations to make when designing a beer recipe, and the work and due diligence a brewer invests in the process before the brew day has significant influence on the quality outcomes of their final product.

Other key tips:
– Use a recipe program to help track your decisions and ensure that the maths balances.
– Starting from an existing public recipe is an option if you’re stuck. Consider it like looking up a cooking recipe, then working on your own adaptations and tweaks.
– When refining a recipe, don’t change too much at the same time or the effects will get lost in each other.

A systematic approach to the multitude of decisions involved in recipe design will ensure that due consideration is given to each component. Taking care and making informed decisions as to why you have selected specific ingredients will provide the best chance that your first brew meets both your vision and quality standards.

In our next chapter “Brewers make wort“, we will step into the brewhouse and review some of the key touch points where small changes will help you to brew brilliant beer!

This series is brought to you in partnership with 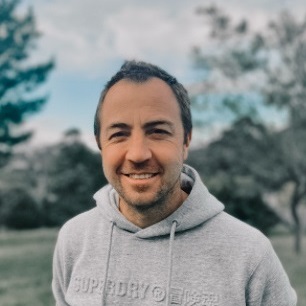 Justin hails from Melbourne and has 15 years experience in brewing, ingredient supply and beer judging. He is currently keeping busy (and hydrated) as the Australian agent for Bespoke Brewing Solutions, alongside running his own consultancy services.