Yeast Harvesting: Best (& Worst) Practices and How to Know When It’s Time to Pitch Fresh Yeast

Brewers commonly repitch yeast to ferment batch after batch to save money and coax out the complex flavors and higher flocculation rates that Saccharomyces yeast can develop over multiple generations, particularly from the second to the third.

But in order to maximize yeast function and longevity, it’s important to be strategic and maintain consistency when you harvest (AKA “crop”) the yeast and which parts to take, along with how long you store your slurry and under what conditions.

These best practices for yeast harvesting can generate seven to 10 generations from one initial purchase.

1. Can You Store Your Yeast in the Fermenter?

Not recommended. Because yeast acts as an insulator, the middle layer of the yeast cake that forms at the bottom of a cylindroconical fermenter (CCV) can heat up. When yeast temperature rises, life expectancy falls.

2. When to Begin Yeast Harvesting?

In a cylindroconical tank, it’s wise to remove yeast slurry shortly after fermentation finishes and beer has chilled to below 40 degrees, typically within 48 hours. In an open vessel, cropping should happen once gravity has fallen at least 50%.

Note: Don’t harvest from problematic fermentations. You want your slurry to look creamy with no trub, off-flavors or aromas.

3. Which Yeast Harvesting Method is Best?

Matthew Farber, director of the Brewing Science Certificate Program at Philadelphia’s University of the Sciences, says, “To the port, a brewer should clamp a sight glass followed by a t-pipe fitting with valves on each side. Attached to hoses, the two t-pipe ports can be directed to waste, yeast brink, or bright tank.”

Watch for the dark trub to clear then switch the valve to direct the healthy yeast into the collection vessel.

4. Which Part of the Yeast to Extract?

Regardless of which type of vessel you use, you want to crop from the middle.

In a conical tank, the best yeast cells to harvest settle into a middle layer at the bottom between the first layer, consisting of trub and cells that flocculate early, and the top layer,

In an open vessel, discard the first, “dirt,” skim, harvest the second skim that rises and toss any subsequent ones.

Farber explains tunnelling this way: “If, during transfer, a valve is opened too far, the yeast slurry flows too quickly, pulling yeast from the center of the cone. With rapid transfer, the yeast ‘stick’ to the walls and cannot settle fast enough to be collected through the bottom port.”

This residual yeast ends up sitting on the beer too long, killing off its cells and forming off-flavors like acetaldehyde and astringent bitterness.

5. What Vessels Can I Use to Store the Yeast Between Batches?

Before putting a yeast storage vessel into action, disassemble and soak the fittings to wipe out any bacteria, and purge the vessel with CO₂ to minimize the slurry’s contact with oxygen.

Cornelius kegs, soda kegs and covered food-grade plastic buckets make for simple and inexpensive storage containers. However, because they don’t vent pressure, shake and vent the kegs once a day or more and vent the buckets periodically.

As with anything, proper yeast management is key. Ideally, you should use it within 1-3 days.

“If less than two weeks, brewers will usually have no problem reusing yeast. After four weeks, the viability of yeast slurry is usually 50% or lower,” writes White Labs President Chris White on his blog.

To prolong life within this time span, keep the yeast at 1-2 degrees celsius in a dark space free of oxygen. Oxygen and warm temperatures reduce lifespan and cause bacteria to form more quickly.

7. How Do I Know if My Yeast is Healthy Enough to Reuse?

Before storing and again before re-pitching, brewers should test their yeast for viability and contamination. Ideally, you’ll use yeast that is more than 95% and no less than 70% viable.

Always harvest from a low-gravity and low-hop beer. High gravity and/or highly hopped beers can stress the yeast and result in poor later fermentations. Don’t harvest yeast from beers with higher than 6.5% ABV. 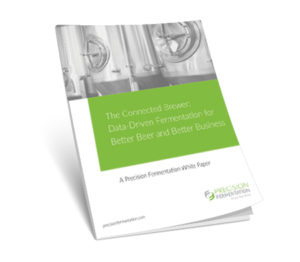 Download the free Precision Fermentation white paper, “The Connected Brewer: Data-Driven Fermentation for Better Beer and Better Business.” Can fermentation management be improved, as a process? 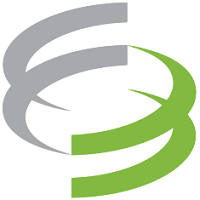