An introduction to El Dorado hops

An introduction to El Dorado hops

This tropical hop gained popularity in the United States through the explosion of Hazy IPAs and juicy brews.

El Dorado® hops are dual-purpose with high alpha acids and total oils, making them ideal for usage in any beer style.

Throughout this presentation, Nowell and Desmarais discuss a wide range of topics starting with its cultivation and development, quality standards, and an overview of how Nowell uses El Dorado® hops in the beers from Three Weavers Brewing.

Desmarais also discusses the uniqueness of this hop in terms of availability, describing it as a free market proprietary because brewers can purchase El Dorado® from 18 licensed dealers.

CLS Farms acquired the El Dorado® hop variety in the late 1990s and began developing it in the early 2000s for release in 2010. Proprietary varieties often take 8-10 years to gain popularity because brewers sometimes aren’t sure how to incorporate newer varieties into their hop bills.

In 2016, the demand for Hazy IPAs grew and brewers needed a hop with those tropical and fruity aromas, which led to El Dorado® to find itself on the list of varieties contributing to those aromas.

For Nowell, she was an early user of El Dorado® when she collaborated with Mitch Steele, a former Brewmaster at Stone Brewing, in 2012 on a beer featuring the tropical hop.

Since then, she has continued to use it in many of the Three Weavers beers. As the craft beer industry picked up and demand for intense aromas increased, brewers began using more El Dorado® in their beers. In the webinar Eric Demarais of CLS Farms explains the versatility of the El Dorado hop.

In terms of growing, El Dorado® is a high-yielding hop variety with a wide harvest window, which is important for the global hop supply chain. One of the most important aspects of growing this hop includes the picking window.

Harvesting El Dorado® too early can yield flat aromas, so CLS Farms and its grower base try to extend the picking window later into the season to yield deep, tropical, stone fruit, and hard candy aromas based on the feedback from brewers.

Along with farming, growers also must adhere to a quality standard, which CLS Farms calls FlavorEdge™ that requires growers to dry hops at 125ºF (51ºC).

Drying hops is a crucial step during processing because it has a direct effect on aromas. CLS Farms’ high-quality standards ensure a consistent product is produced and sold for brewers.

One of the more unique aspects of El Dorado® includes its availability. CLS Farms often describes it as a free market proprietary. It’s grown by 23 licensed hop growers in several farming regions in the USA to broaden the risk matrix, making it a safer variety for brewers to access and use.

It’s also available from 18 licensed dealers, ranging from small to large globally. There are no restrictions when using or buying El Dorado®, so brewers have the freedom to align their supply chains with their needs.

The goal of this type of proprietary is to make it as accessible as possible to different types and sizes of brewers.

When describing El Dorado®, Nowell notes its exceptional aromatic character of tropical notes of mango, stone fruit, cherry, and sweet citrusy lemon aroma. That sweet citrusy lemon peel aroma is what Nowell says come through in many of the beers she brews.

The wide spectrum of aromas El Dorado® offers contributes to its ability to work well with many hop varieties as well as create more nuanced flavors in a beer.

For Nowell, initially, she looked for its candied lemon in the aroma and as she’s used it over the years, she’s started leaning more towards the stone fruit and cherry

As an IPA focused brewery in California, Three Weavers Brewery needs a bittering hop with high alpha acid content to balance the sweetness in beers. El Dorado® hops have a 14-16% alpha acid range that when used in later hop additions provide a smooth and balanced bitterness as well as contributing to the flavors in the beer.

In the brewing process, she uses El Dorado® in the whirlpool and as a dry hop addition mostly. Depending on the beer and which flavors they want to come through, she will also add it to the kettle on the hot side. What differentiates El Dorado® from other varieties is also its ability to play well with others. She describes it as the “glue that binds together our hop bills” to fill in the gaps where some of the more aggressive aroma hop varieties don’t fill in or overpower.

Some of the beers that Three Weavers uses El Dorado® in that are discussed in the presentation include its flagship Expatriate IPA, the Hazy IPA version called Juicy Expat, and another Hazy IPA called Lazy Lasers.

Expatriate has been the flagship and number one selling beer for Three Weavers Brewing for the last seven years. El Dorado® is used in the entire process as a late addition in the kettle, heavy in the whirlpool, and also in the dry hop.

About 1lb/barrel (285g/HL) is used accounting for 10% of the kettle hop and 33% of the dry hopping. For the whirlpool, El Dorado® is used as a true whirlpool addition, meaning after the flame goes out, it’s added just below boiling instead of waiting for the temperature to drop down to 180ºF (82ºC).

Other hops used in this beer include Mosaic® and Simcoe®. Sensory impressions are flavors of mango, pineapple, and pine with candied lemon and strawberry with the lemon candy and pineapple coming from El Dorado®.

Juicy Expat — the Hazy version of Expatriate —uses the same hop varieties though the yeast strain differs (London III) as well as the amount of El Dorado® used. Overall, it’s about 2.2 lbs/barrel (623g/HL) with 100% of the kettle hop and 30% of the dry hopping. Though the lemon flavor drops out of the beer, other flavors of peach, orange, pear, and pineapple really come through.

The final beer, Lazy Lasers, is a highly hopped beer utilizing 2.5 lbs/barrel (708g/HL) of El Dorado® with 50% of the hop in the kettle and 30% of dry hopping. Other hops include Motueka, Citra®, and Strata® that elicit strong flavors of peach, watermelon, pineapple, lemon, and orange followed by some cherry.

However, El Dorado® is the only hop in the mix that provides the melon flavor, so without it, the beer would have a much different flavor spectrum, Nowell says.

For brewers interested in using El Dorado® hops but don’t know where to start, Nowell advises going heavy with 2 lbs/barrel (566g/HL) and then adjusting the poundage if the flavor and aroma profile isn’t met.

For those wanting to learn more about El Dorado® hops, you can visit eldoradohops.com, contact your dealer, or email [email protected].

In 2010, CLS Farms released the proprietary hop variety El Dorado®. CLS Farms is located in Yakima, WA, USA, and grows over 13 other public and proprietary varieties. It’s a multi-generational farm owned by Shelley and Eric Desmarais, who also have three daughters. Some of the breweries that work with CLS Farms and use El Dorado® hops in their beers include Three Weavers Brewing, Sierra Nevada Brewing, and Bell’s Brewing. 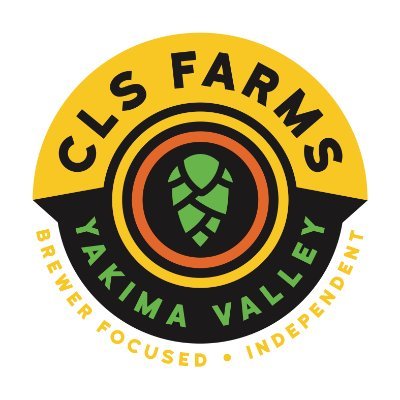